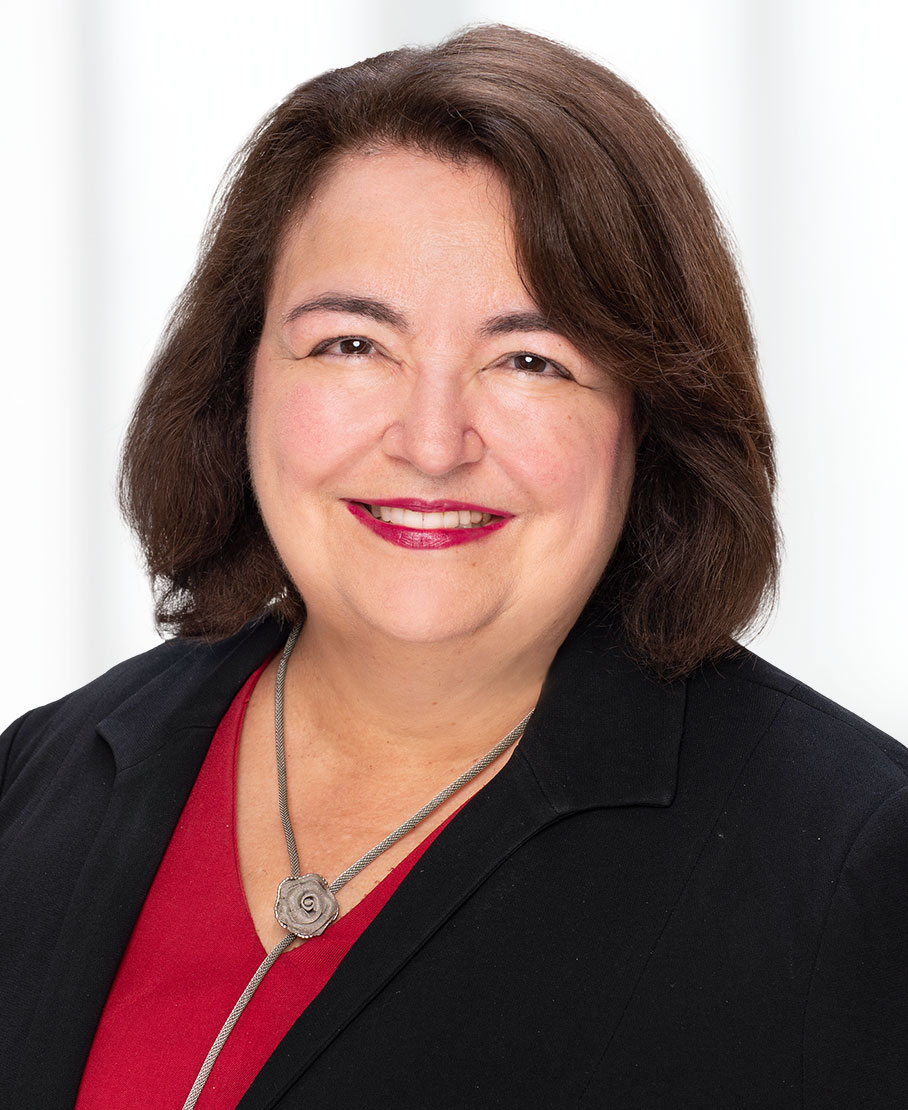 Rocky Rodriguez helps clients resolve problems and achieve business objectives using a 360-degree perspective she has gained throughout her career in law, business and government. She serves as Chair of Buchanan's Florida offices.

Whether representing Fortune 500 or closely held companies, life science companies, nonprofit entities, high net worth individuals or entrepreneurs, Rocky dives into understanding the client’s business and goals to develop strategies to achieve those goals. She looks beyond the obvious and seeks novel approaches. In confronting regulatory issues, for example, this may mean lobbying to change the law, something she’s achieved in both the insurance and financial fields in Florida, which has permitted her clients to expand their businesses in the state and attract newcomers as well.

From 2002 to 2007, Rocky served as general counsel to former Florida Governor Jeb Bush, during which she counseled Governor Bush on more than 200 judicial appointments across all levels of the Florida judiciary. During her tenure Rocky worked on some of the most critical issues facing the state, including conceiving and co-drafting the legislation for and negotiating the then-largest economic development project in state history - a $310 million economic incentive grant to The Scripps Research Institute. Her leadership on the Scripps Florida project led her to develop expertise in the life sciences industry, an industry in which remains deeply involved, counseling some of the most prestigious research institutes and life science companies in the world.

Rocky brings over three decades of  state and federal litigation experience in banking, commercial, international, real estate, constitutional, administrative and election law. She provides counseling on corporate governance and related employment matters including trade secrets, crisis and risk management, data breaches, dispute resolution and strategy, economic development and incentives, government relations, and government investigations. Her experience extends into domestic and international arbitration, and she currently serves on an arbitration panel in an investment treaty dispute at the Permanent Court of Arbitration in The Hague.

Rocky is a strategic and creative thinker who uses her 30-plus years of experience, as well as her understanding and appreciation of business, to serve as a trusted advisor to her clients. She thinks of herself as the client’s quarterback within the firm, anticipating issues they may not have thought of and assembling the right team to get the job done. Whether it’s in negotiations or dispute resolution, she won’t take “no” for an answer and will persevere to get to the right result.

Many of Rocky’s clients have been with her for over a decade - a testament to her working style and successes. She makes it a priority to know her clients well and develops a solid working relationship with each and every one. She will go the extra mile for her clients.

Rocky believes that taking time to recharge and focus on interests outside work helps her develop her creative approaches to the law. As a life-long Miamian, she loves the beach and occasional rounds of golf and is an avid baseball fan cheering on her hometown Miami Marlins, even in rebuilding years. In recent years, she’s also taken up painting and drawing, which she says has honed her ability to look at things from multiple perspectives. Rocky can also be found from time to time in the Ocala area, riding horses or enjoying the fresh country air near the Florida Horse Park. Despite her Florida roots, she also enjoys winter activities such as skiing and snow-shoeing.

Since childhood, Rocky was fascinated by people, languages and cultures from around the world. She’s an avid traveler, having visited 40 U.S. states and 31 countries. For two years, she was executive director of an international law firm referral network, headquartered in London, which gave her a deep understanding of the countries, people and legal systems around the world.

Rocky’s parents were Cuban political exiles who came to America in 1959 immediately following the communist revolution. Their experience of having lost their country instilled in Rocky a deep appreciation for the importance of democracy, rule of law and individual freedom. A self-described “political junkie”, Rocky is deeply involved in the democratic process through her involvement in political campaigns and election law.

Rocky also believes strongly in giving back. Throughout her adult life she has been involved in numerous non-profit organizations in a leadership capacity.

Permanent Court of Arbitration in the Hague, Arbitrator

Member, The Florida Council of 100

Board of Trustees, Foundation for Florida’s Future; past member, Audit Committee

National Board of Directors, Warriors at Ease