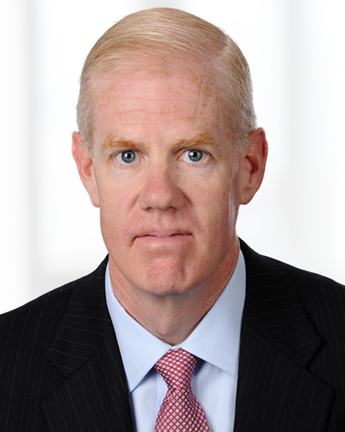 Gerald E. Burns represents clients in high-stakes and complex commercial litigation. He has significant courtroom experience and has tried cases to juries, judges and arbitrators, and argued appeals, in venues around the country.

Jerry represents national and multinational clients in a broad spectrum of industries, with a particular emphasis on clients in the chemical and healthcare fields. His three decades of trial and litigation experience has encompassed such diverse areas as contract disputes, business torts, corporate governance, fiduciary liability, intellectual property, non-compete claims and product liability.

Most recently, representing a multinational medical device manufacturer, Jerry argued and won a precedent-setting decision in the Indiana Supreme Court reversing a preliminary injunction that had been entered in a wide-ranging non-compete and unfair competition case. Heraeus Medical, LLC v. Zimmer, Inc., 135 N.E.3d 150 (In. 2019).

Jerry has been selected by his peers for inclusion in The Best Lawyers in America® list in the category of Commercial Litigation consecutively since 2015. Since 2007, he has been consistently selected to the Pennsylvania Super Lawyers list, and to the Corporate Counsel Super Lawyers® list for a number of years. He is also a member of the Multi-Million Dollar Advocates Forum®, an organization of trial attorneys whose membership is limited to lawyers who have achieved multimillion dollar verdicts or settlements.

Jerry is also active in the community. He served two terms as a hearing committee member of the Pennsylvania Supreme Court’s Disciplinary Board. He has also served as a member of the Leadership Council of the Wistar Institute, a leading biomedical research facility located in Philadelphia.