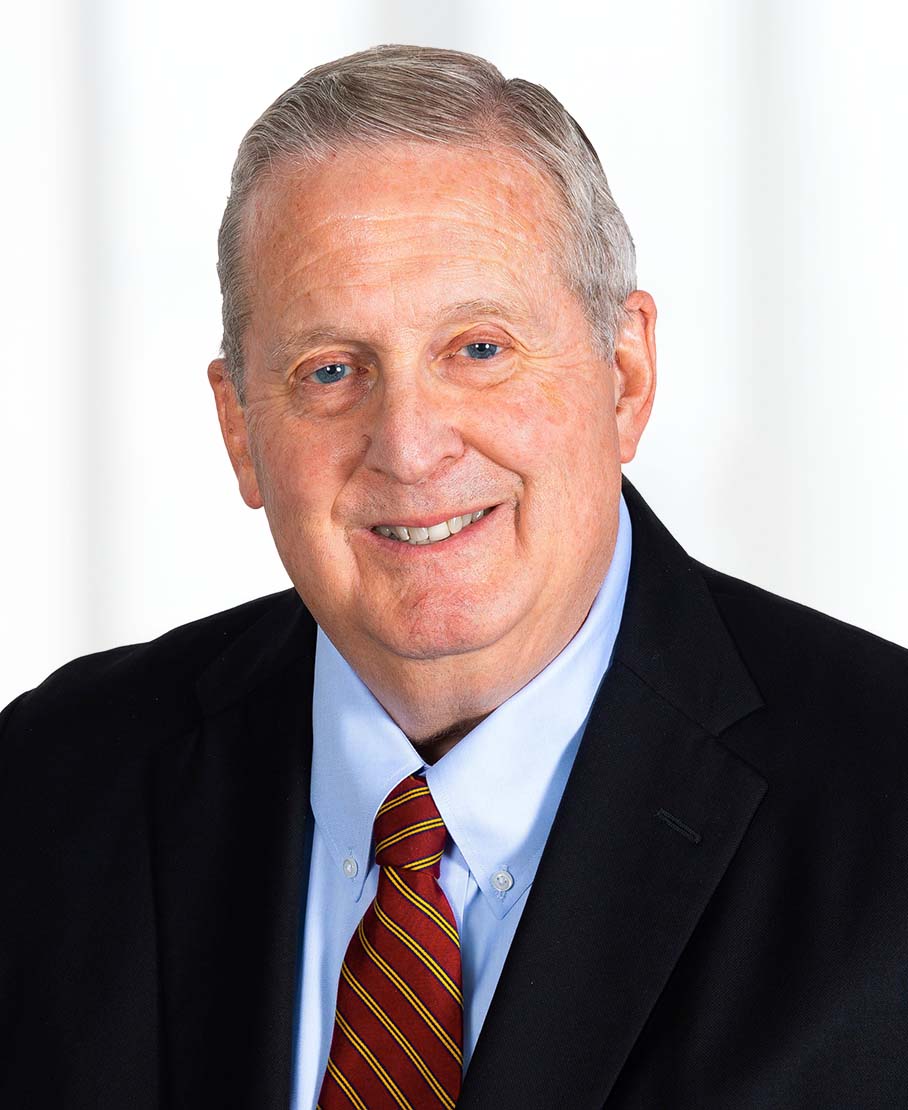 Jack brings decades of litigation and counseling experience to complex business and regulatory matters before the courts, administrative agencies and arbitration panels. He concentrates his practice in: (1) business litigation involving commercial, insurance, professional, educational and nonprofit entities and (2) state regulation of insurance, businesses and nonprofits.

Jack's practice has included significant engagements by major insurers and health plan corporations with respect to litigation involving proposed class actions under the Pennsylvania insurance laws and the Pennsylvania Nonprofit Corporation Law, organization of a major integrated financing and delivery network, the merger or change of control of health plan corporations, and numerous regulatory procedures involving the operations and business of insurance companies. He has also served as counsel for banks in the defense of class action claims relating to transactional issues, municipal authorities in matters involving claims under the Municipality Authorities Act, pharmaceutical companies with respect to claims of unfair trade practices, and charitable trusts, nonprofit entities and educational institutions, as well as their boards, with respect to organizational, Orphans' Court and regulatory matters.

He is also consulted frequently on matters filed in or undertaken by courts and administrative agencies with specialized jurisdictions including the Commonwealth Court of Pennsylvania, the Pennsylvania Insurance Department and the Pennsylvania Office of Attorney General.

Experienced in alternative dispute resolution, Jack is a certified member of the Mediation Panel of the United States District Court for the Middle District of Pennsylvania and previously served as a member of the Construction Industry and Commercial Panels of Arbitrators of the American Arbitration Association. He has represented clients in significant mediations and arbitrations and has served in the role of both mediator and arbitrator.

He served two terms as a member of the Pennsylvania Supreme Court's Civil Procedure Rules Committee, including the position of vice-chair of the Committee, by appointment of the Court.

Active in professional education, he previously served as an adjunct instructor at Penn State Dickinson School of Law in its trial advocacy program and as a lecturer at Widener Law School. Jack is also active in the community, having served in numerous civic capacities, including the governing boards of Dickinson College, the Cumberland Valley School District, WITF, Inc., the Cultural Alliance of York County, and Whitaker Center for Science and the Arts, which board he chaired. He currently chairs the board of directors of Hospice of Central Pennsylvania.

Jack served for more than 13 years as the Chair or Co-Chair of Buchanan's firmwide Litigation section and served two terms as a member of the firm's Board of Directors. He was recognized as a national "Litigation Trailblazer" in 2015 by the National Law Journal. Since 2006, he has also been consistently named among Best Lawyers in America in the Commercial Litigation and Bet-the-Company Litigation categories and was named as "Lawyer of the Year" in 2009 for "Bet the Company Litigation" in Harrisburg. Jack was selected for inclusion in the Pennsylvania Super Lawyers® list from 2006-2020 and has been repeatedly selected for inclusion in Corporate Counsel's Super Lawyers list. He has appeared multiple times in Philadelphia Magazine and Harrisburg Magazine in "best lawyers" compilations.